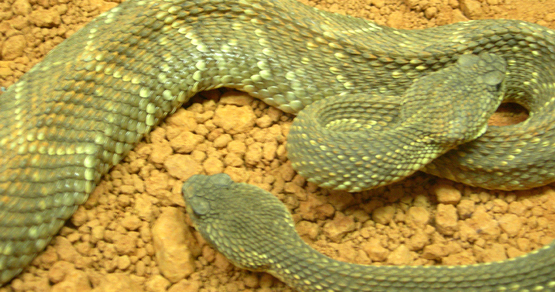 Ed Shacklee’s “So We Beat Them” is a contemporary poem that questions the choice of punishment as a means to make people better. The continuous use of “one” makes these people distant, genderless, and inhuman. The use of “one” also makes it seem like the punishers only have one more person to fix before the utopia is found. The narrator does not tolerate any of the physical or mental differences other people have.

The first reference to food is when the narrator is shaping people like “pretzels” in order to make them fit a pre-determined box (l. 4). The “wire” can represent several objects, the barbed wire fences of prisons or the wires in braces to straighten teeth. The sounds of a “hammer” links to both an idea of metalwork, that these people must be fashioned into a different shape, and a judge’s hammer, declaring that a decision has been made.

Instead of sympathizing with the challenges these people face, Attention Deficit Hyperactivity Disorder and Tourette’s Syndrome are simplified into “hyper” and “tic” (l. 7). A “rolling pin” is used as a club, but the typical use of a rolling pin as way to roll out dough brings the idea that the narrator wants to flatten and straighten these people out (l. 8).

In the next stanza, “one lived in mother’s cellar” (l. 11). With the presence of “cell” within “cellar” and “mother” preceding and “eggs” following in the next two lines, is the notion of an embryo cell. Coming next to the “manacled” legs, the cell can also be a prison cell as the person is trapped by dependency in mother’s cellar (l. 14).  And “so we beat them in a mixing bowl till minds were scrambled eggs” is the most dramatic food line because it references thought control and eugenics (l. 13). These people are no longer individuals, but globs all mixed together. The imagery of multiple people becoming one shows that people are a like enough to be blended together, but the narrator is in control, and so it shows the control the narrator wields over the public.

The first three stanzas are each one sentence. The last two stanzas are a dramatic switch because they are linked together to make a long sentence, and then the final line is a short sentence. The fourth stanza shifts from physical and mental ailments to religion. The “ankh” is an Egyptian symbol of life, a cross with a handle (l. 18). The crucifix, the ankh, and the shepherd’s crook are all long objects that have been turned into weapons. A sword pointed towards the ground looks like a cross.

Instead of pearly gates, the modern day heaven is “beaches,” which is reminiscent of the desire to take vacations in tropical areas (l. 21). These people wear “uniforms” to show that they are devoid of any personality; they are like workers in a machine (l. 22). Instead of holy water, the modern day purification is “holy bleaches” where chemicals are valued for being able to kill 99.9% of germs (l. 22).

In the last stanza, there is no longer a “so” before “we beat them,” which is a change from a casual manner of talking about what is going on to a definitive action (l. 23). Line 24 suggests that the narrator only punished these people in order to bring them towards enlightenment. But all of this work is usurped by the last line.

The balm of Gilead was from a plant near the Jordan River believed to have healing properties. The term “serpent oil” refers to fraudulent health medicine (l. 25). During the medieval ages, leeches were used for bloodletting, which was a medicinal practice believed to cure most illnesses; they thought removing blood would remove the disease. In reality, people died from blood loss. Although bloodletting is no longer practiced, leeches are still used today, often on burns. While it seems like the balm, oil, and leeches should work to cure people that are different, in reality, they do not. When I read Caty Enders’ article, “Why you really should (but really can’t) eat horsemeat,” I could not help but think of Jonathan Swift’s “A Modest Proposal.” In response to the overpopulation in Ireland during the 1700s, Swift proposes that one-year old children should, “instead of being a charge upon their parents or the parish, or wanting food and raiment for the rest of their lives, they shall on the contrary contribute to the feeding, and partly to the clothing, of many thousands.”¹ When put in perspective, the idea of eating children in order to solve the problem of overpopulation is ludicrous, which it was meant to be as “A Modest Proposal” is a satire and points to the greater causes of overpopulation.

Many Americans consider eating horses just as ridiculous, but why? One reason, which Enders addresses, is speciesism. Americans are appalled at the idea of eating horses because they have a sentiment attached to this species. Horses are a symbol of the pioneering spirit of America. Americans do not have qualms over eating meat. It is only certain types of meat that are socially acceptable, such as cattle. In 2014, the total beef consumption in the United States was 24.1 billion pounds.²

Horses were “re-introduced to the Americas beginning with Columbus’ second trip to the New World in 1493.”³ Horses had lived in North America before, but “died out between 13,000 and 11,000 years ago.”4 Although it is difficult to determine with certainty the cause for prehistoric horses becoming extinct in North America, a leading possibility is over-hunting by humans.5 If prehistoric horses were killed off by humans, the current proposal to eat horses may mirror history in which the result was overkill. Horses can be considered a native species because they had lived in North America before the Spaniards brought over horses. But horses can also be an invasive species because they were re-introduced to North America by the Spaniards. If the cause for prehistoric horse extinction was humans, would this wrong be fixed by people bringing horses to North America?

The ecosystem works by having checks and balances on populations of species. When prey species become over-abundant, predator species can keep them in check. Wild horses have predators such as coyotes and mountain lions, but these predators often focus on foals.6, 7 Even then, foal kills are considered uncommon because horses are large mammals with powerful legs that are further protected by living in herds.

Although there are not enough predators to check the population of wild horses, another check for population growth is resources. Ender’s article makes it seem like wild horses dying from starvation due to depleted resources is unnatural and should be prevented by human intervention. It is natural for populations to decline when resources have been depleted. Why do people think they should be puppet masters of nature?